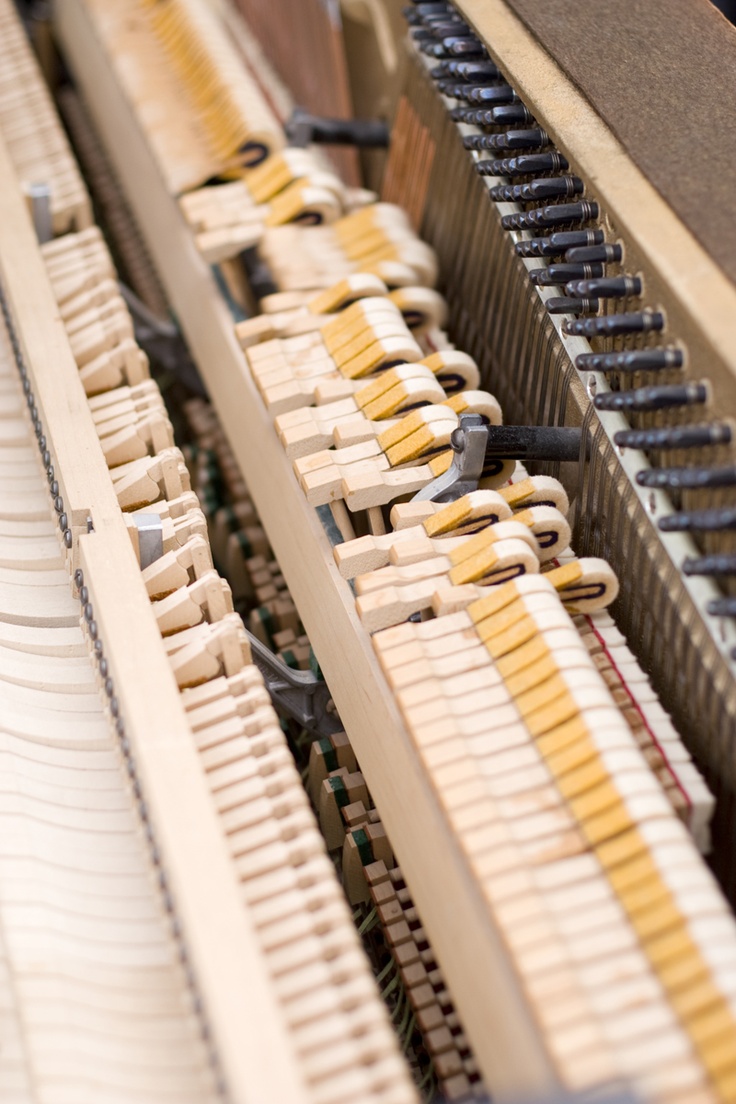 One hundred and fifty years ago, in the designing of the scale of pianos, manufacturers used steel wrap instead of copper.  It was one way to get a brighter sound.  Moving toward the 20th century scale designers created the same effect by increasing load (we often think of this as tension, but the correct term is load).  This created two developments. First, today most bass strings are wrapped with copper, which gives the sound a richer quality and the copper is more malleable so it clings to the core wire better.  This also eliminates the potential for buzzes in the strings from the steel wrap buzzing against the core. The other development of this increased load was that pianos were being destroyed; they would simply implode from all the load.  So, in the mid-nineteenth century Jonas Chickering, a piano builder established in 1823, was the first manufacturer to add a full, cast-iron plate to his pianos to support the load of the strings.  When pulled to pitch, the load on the frame of a modern piano is between 18 and 20 tons.  Some big concert grands have closer to 60 tons of load.  This averages about 180 lbs. load on each of the 240 strings.  By contrast, the six strings of a modern steel string flat-top guitar exert about 180 lbs total load on the neck of the guitar.

This immense load and the structure of the strung back, is one part of what gives a piano its characteristic sound and why it can be played so loudly. It bears repeating that the original name for the instrument was a forte-piano, Italian meaning the instrument could be played both loud and soft.  The other element is the quality, structure and design of the hammers and action https://newzpharmacy.com/.  The piano is primarily made up of the strung back, which includes the strings, the bridges, the sound board, the plate, the super structure of wood beams that aid in the support of the load from the strings pulled to pitch and the rim (on a grand) that  contains the whole instrument.