Humidity Control Is the Next Step in Instrument Evolution 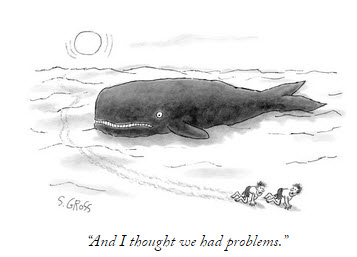 It’s strange to think of inanimate objects passing through a process of evolution, becoming better at what they do and finding their own little niche, but when it comes to musical instruments that’s exactly what happens. You only have to compare today’s piano to the old harpsichord to see how instruments progress. The twangy keyboard on which Mozart wrote his symphonies has nothing on the flexibility of the pianoforte that allows musicians to vary strength as well as pitch.

The same is true of the development of the violin. According to recent research, the shape and length of the holes in the violin’s body are as much a result of the evolutionary process as a giraffe’s neck or a piano’s softness.

The earliest violins date from the tenth century and were known as fitheles, a corruption of “vitula,” Latin for “heifer” from whose guts the strings were made, and the origin of “fiddle.” The holes drilled into their soundboxes were simple and round. It wasn’t until the sixteenth centuries in Cremona that things started to change. First, the Amati family, then the Stradivari and finally the Guarneri families changed the shape of the hole to the long f-shape with which we’re now all familiar.
That shift didn’t happen by accident. As the hole grew in length, it also increased the degree of sound amplification until under the Guarneri in the early eighteenth century, the shape and size of the hole reached its maximum efficiency. As Cremona’s luthiers found new ways to increase the volume of their instruments’ sound so they picked up more buyers and the violin-makers who were losing customers had to adapt. The instrument evolved.

Care Has Evolved Too

But it’s not just instruments themselves that evolve. So does the way in which they’re looked after. The first buyers of Amati, Stradivari or Guarneri violins would have known little about the effects of humidity on their instruments. They might have noticed that the wood cracked in the dry months and the fretboard shrank. And they would probably have been unhappy to see the wood swell and the sound change when the air grew wetter. But they wouldn’t have known what was causing those changes and beyond taking the violin back to Cremona to be fixed, there was little they could have done about it.

Fortunately, care for musical instruments has adapted. Today, we understand why violins — as well as guitars, pianos and other wooden instruments — change when the weather does. We understand how wood absorbs moisture from the air and gives it up when the air dries. We understand the damage those changes cause, we know how to fix it, but more importantly, we know how to prevent it. Through the same kind of experimentation that the luthiers of Cremona went through to perfect the shape and length of the holes in the body of a violin, we have developed material that can adsorb and desorb moisture and protect valuable instruments.

Not to make use of those tools is a bit like playing with a harpsichord instead of a piano.

How To Make… And Unmake A Violin