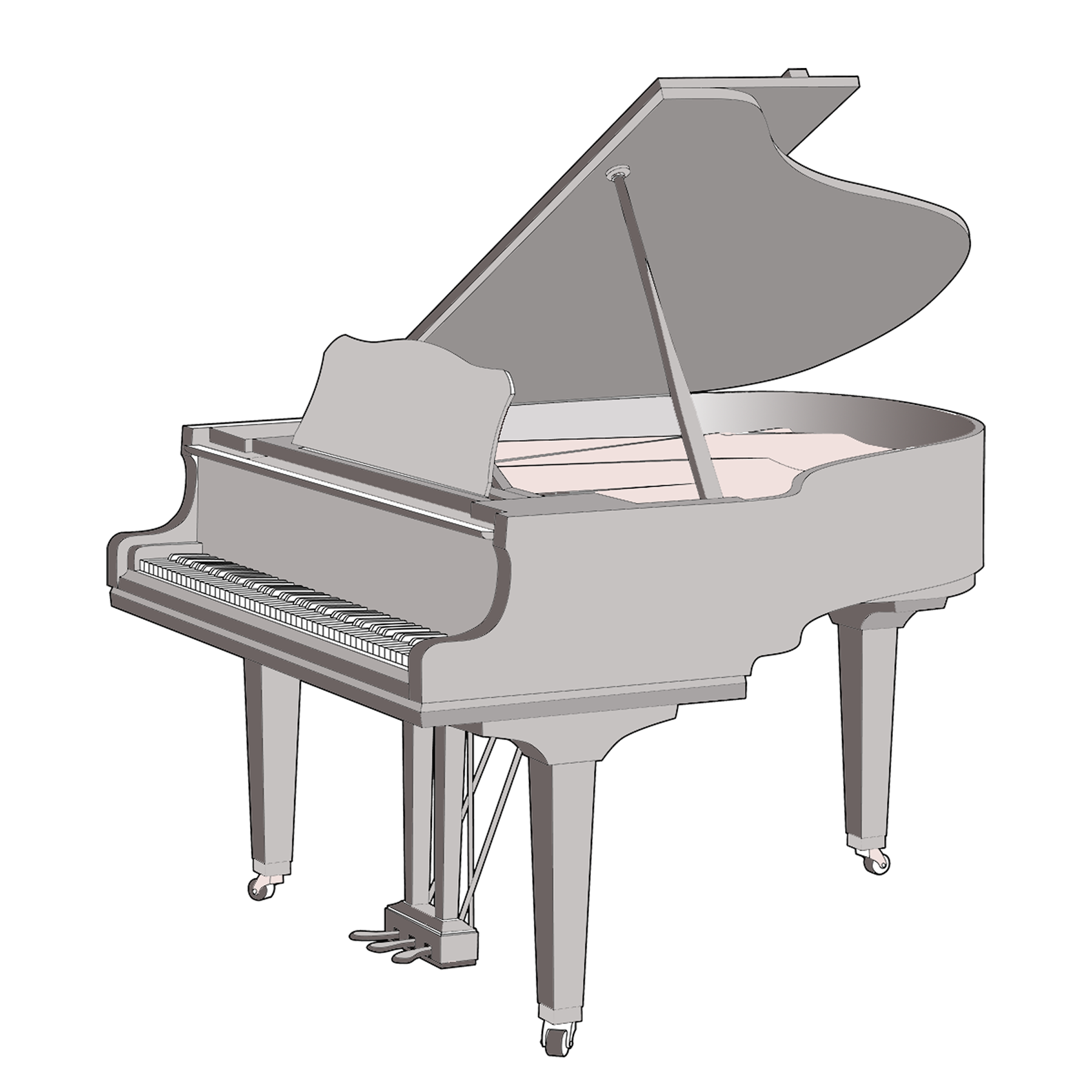 Grand pianos come in different lengths beginning at 4’ 10” and going up to 10 feet in length (currently in production).

The parlor grand piano or the smallest of concert grand pianos ranges from 6’2″ to 6’9″.

Ranging in length from 6’10” to 7’10” the music room grand can be found in small – midsize concert venues and in prominent institutional settings.

Quite simply, this is the ultimate piano. The concert grand is the piano you will find on-stage at major concert venues, symphony halls, and in the performance hall at major institutions. At 9-10 feet in length, the concert grand piano is the overwhelming choice of the world’s greatest pianists. The greatest advantage to a grand piano action (the action parts are everything between the key you push down and the hammer that actually hits the strings) is that in a grand action the hammers lie horizontal and come up to hit the horizontal strings. They have gravity to help get them back in position to play again for rapid repetition. In a vertical piano the hammers are virtually horizontal as they are pushed over to hit the vertical strings. The hammers in a vertical piano require a spring to help push them back into their rest position so they can repeat.

The efficiency of a grand piano action is much greater than a vertical piano. However, the small, 4’ 11” grand doesn’t have any more sound board area and string length than a vertical spinet, so I don’t encourage people to pursue these small pianos for this reason.

Sometimes piano manufacturers want to use the status and quality of a grand piano when they build a vertical piano. They will call their upright piano an upright grand or vertical grand. This is a contradiction of terms and is simply marketing. Mostly one sees this on old uprights; just don’t be misled.