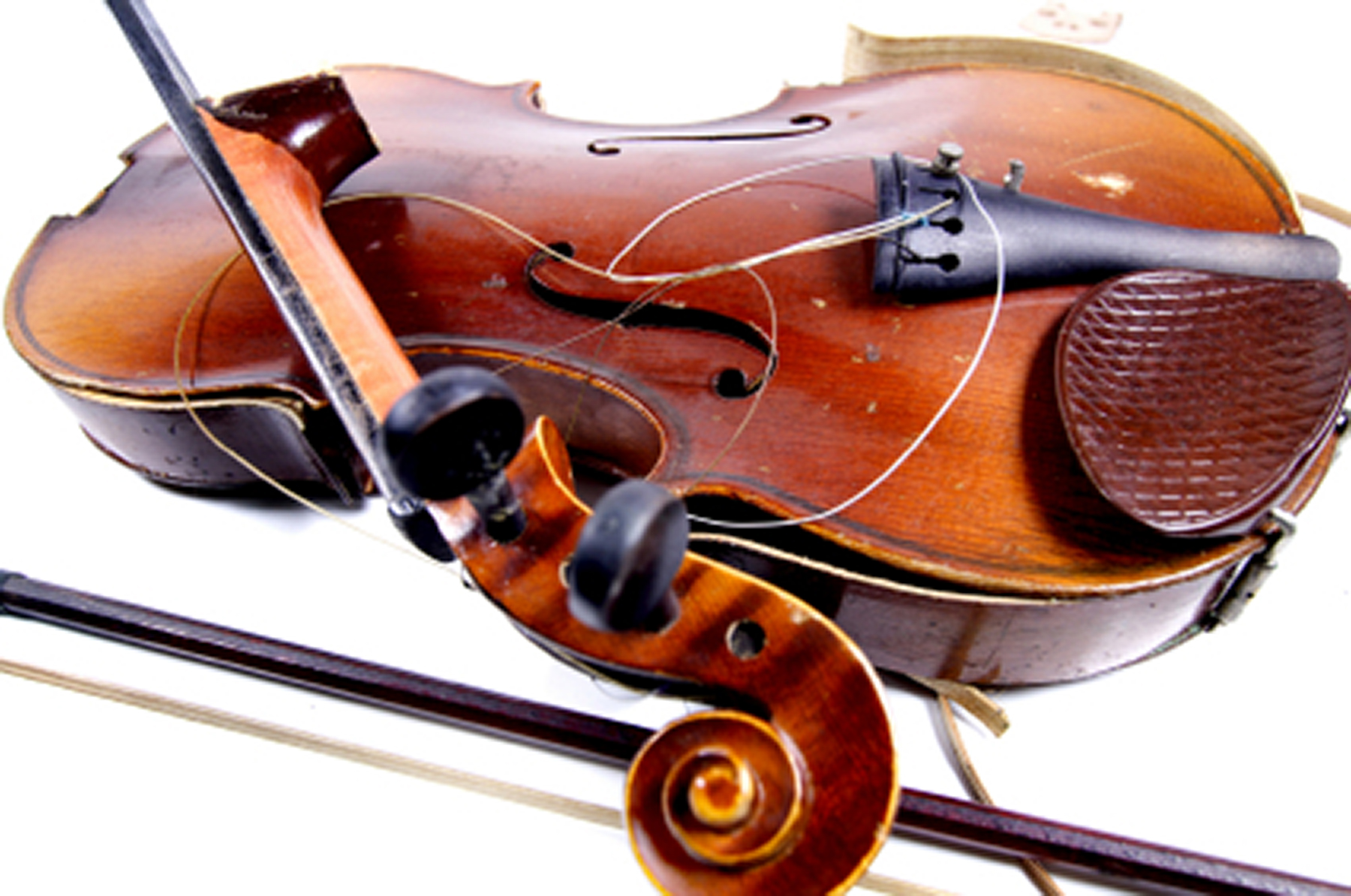 It could have happened to anyone. It happened to Mark O’Connor. As he prepared to play his Improvised Violin Concerto with the Augustana Orchestra during the Sioux Falls Jazz & Blues Festival, he turned suddenly. His violin was resting on a counter, but its microphone cord was still connected to the violinist.

When he turned, down came the violin, crashing to the ground.

The damage was immediate and heartbreaking. A major split rent the surface of the instrument, the side was cracked open, and there was a second split in the top.
“It was hard to look at,” he told WQXR Radio.

The violin wasn’t a Stradivarius, but it had been custom-made for O’Connor by luthier John Cooper. The violin-maker believes the instrument can be repaired, and it’s easy to see how the wood can be replaced and a good luthier return an instrument that looks and feels as good as new.

But O’Connor is less confident. He worries whether his violin will lose the qualities that have made it special, the instrument that he turns to for his recordings and his performances. “I’d played my whole heart and soul into it over the years and recorded it and had so many big moments with it,” he told the radio station. “The real value is your feeling towards it and your time spent with it.”

The damage that O’Connor’s violin suffered is the sort of accident that everyone dreads. It’s a moment of thoughtlessness towards something precious, akin to placing a glass of water next to an expensive laptop or reversing an expensive SUV without noticing the post directly behind the car.

We’ve all done it at times and while we can usually get away with it, sometimes we don’t: the water flows over the keyboard, the fender crunches into the concrete, the instrument smashes into the ground.

Some Accidents Are Slow and Gradual

But these accidents are rare. Usually, we’re careful with the things that mean the most to us. When we put a glass of water on the table, we push it away from the keyboard. When we pull out of a parking spot, we check there’s nothing in the way. When we lay our instrument down, we check that it’s not going to fall — then check again.

We know that accidents can happen at a moment. We understand that a second of thoughtlessness can cost us thousands of dollars and destroy something of great sentimental value.

It’s a shame then that we’re not always so thoughtful when we put the instrument away.

O’Connor had put his violin down as he prepared to launch into his next piece, and for a moment he was more focused on the music and the performance than on his instrument. But you can be sure that when his performances end and it’s time to put away his violin, he makes certain that it’s safe, that it’s not going to fall and that it won’t harmed by humidity and temperature either.

Accidents are always waiting to happen. They’re quick and sudden and always unexpected. But the kind of slow accidents that can ruin instruments through damp air and hot weather are just as damaging. We need to be just as careful to make sure those don’t happen either. Music Sorb for Strings saves the day…and night…and year.

Humidity Control Is the Next Step in Instrument Evolution

Do Hygrometers Measure Humidity for your Musical Wood Instrument?